On Tuesday evening in the EHF European League Men, IK Sävehof once again took all hope from PAUC Handball. On home ground, the Swedish side recorded their third victory of the season, 33:31, leaving the French side still without a win in group C.

Elias Ellefsen a Skipagotu is a highlight machine!
Great composure and control to give the keeper a haircut and score his ninth for @IK_Savehof tonight! 💇‍♂️#ehfel pic.twitter.com/O1TTMCa5B0

The spotlight was on two young players facing each other, both 19-years old. On the Swedish side Elias Ellefsen a Skipagotu from the Faroe Islands is living his dream as he plays at a high level this season. In tonight’s match, he scored 10 times to break his season’s record and lead his team to another victory.

On the other side, Kalim Zahaf tried to stop him and his opponents with his saves, something he delivered throughout the match. Given a chance at the end of the first half he ended the match with seven saves, all made at crucial moments when Aix had a chance to catch up and even to take the lead.

Handball life has just started for these two, but they are two to watch for in the future. 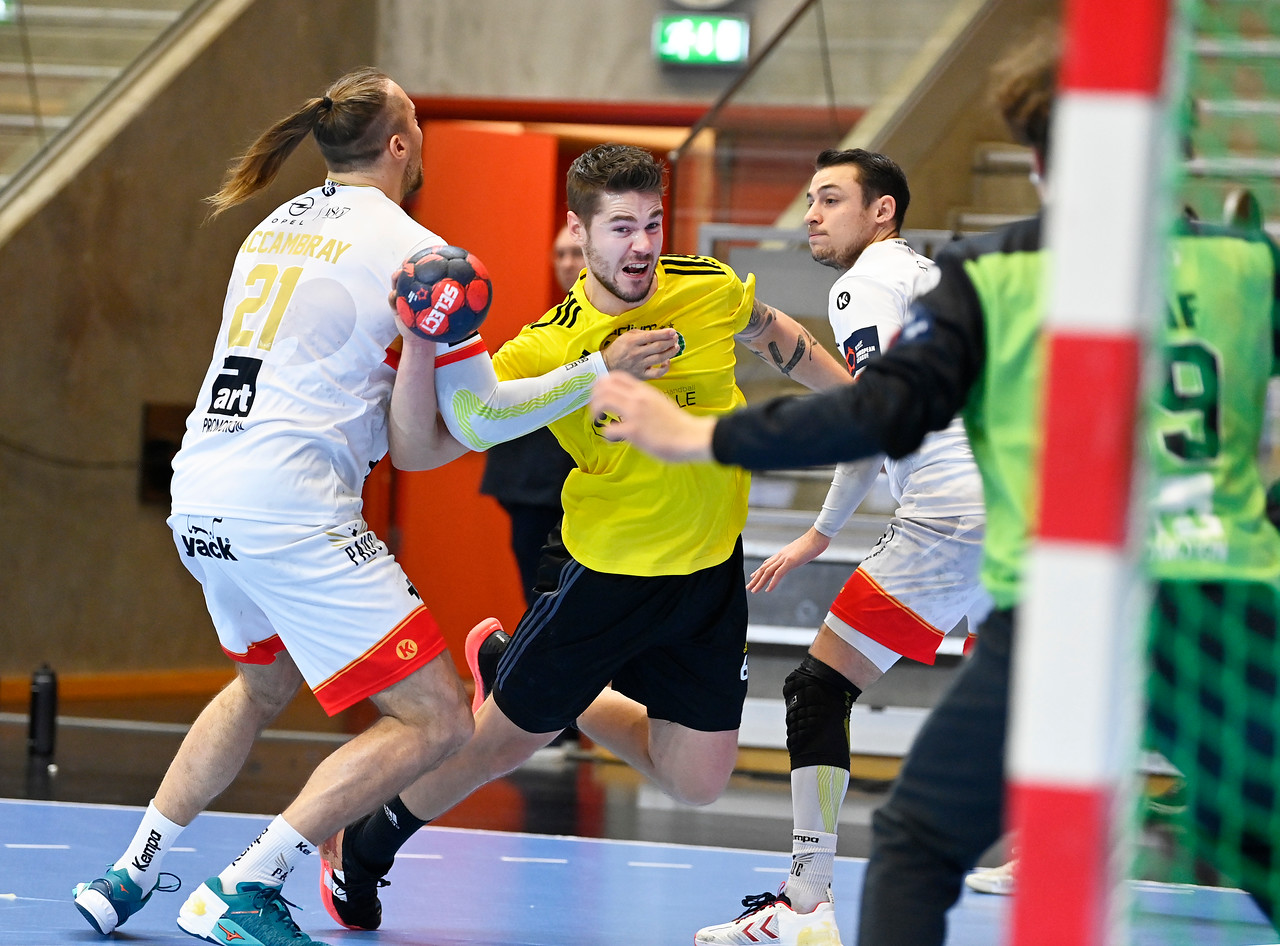 This was a very enjoyable win for us, and we are very proud. You could see that this time the victory was so much bigger for us. That might be strange because last time it was in France, but today we really saw that it was a well-prepared opponent and a lot of times they made it tactically difficult for us.
Michael Apelgren
IK Sävehof coach

Next Article Mickaël Robin saves a point for Nantes in Gudme

TALKING PIONTS: What we will remember of the EHF European League Men 2021/22 after Benfica lifted the trophy