The draw for the EHF Finals Men 2022, which take place on 28/29 May in Lisbon, was carried out in the EHF Office in Vienna on Friday and paired hosts SL Benfica with Orlen Wisla Plock, and titleholders SC Magdeburg with RK Nexe for the semi-finals.

Three days after the EHF European League Men 2021/22 quarter-finals confirmed the four teams that are advancing to the EHF Finals 2022, the semi-final pairings have been determined at the draw in Vienna on Friday, carried out by EHF President and CEO Michael Wiederer and Markus Glaser, EHF Chief Sports Officer.

The second edition of the EHF Finals Men takes place in Altice Arena in the Portuguese capital Lisbon for the weekend 28/29 May.

The playing order and times will be announced in due time. 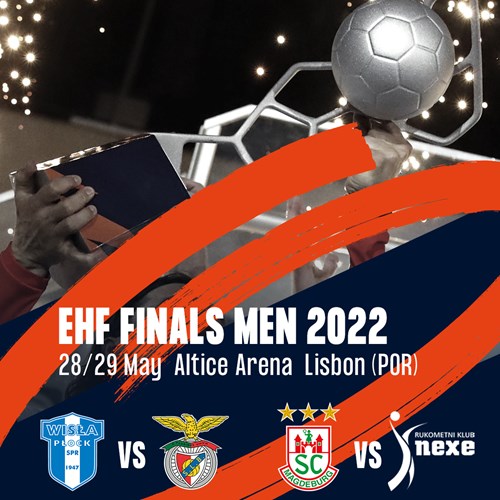 In the semi-final 1 we have a first-ever clash between Orlen Wisla Plock and the Men’s EHF Finals hosts SL Benfica. Plock, having finished fourth at last season’s EHF Finals, will be full of confidence coming off the biggest aggregate win of all quarter-final wins when they beat Swiss side Kadetten Schaffhausen 68:53.

SL Benfica had to work harder for their spot at the EHF Finals but thanks to a strong first leg against RK Gorenje Velenje in Lisbon, they booked their spot in their first European cup semi-final. The EHF Finals Men 2022 will be hoping for huge support in the 12,500-seater Altice Arena. Lisbon is no stranger to handball, having hosted the IHF World Championship final in 2003. 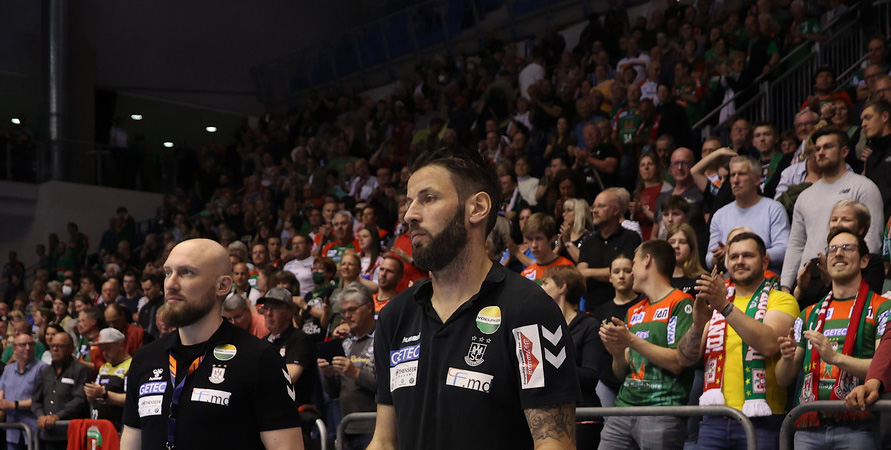 Though we beat Nexe twice this season, we are not the favourites. You need two perfect matches within two days to win the trophy – which is our goal. Some might hand us the favourites' role – which we could deserve after the outstanding season we have played so far – but I do not agree. Everything must fit together to be on top again.
Bennet Wiegert
SC Magdeburg head coach

For the other semi-final, we will see two sides that historically know each other well, having faced off nine times in the past. Reigning champions SC Magdeburg face RK Nexe, who have written history by making it to their first European cup semi-finals having come all the way from qualification round 1 – just like Benfica.

Looking back at past encounters, Magdeburg have the advantage with seven wins from the last nine duels. But Nexe have one of the hottest talents in Europe at the moment in Croatian international Halil Jaganjac, who is currently sitting in second position in the top scorers’ ranking on 97 goals, just two goals behind Mohamed Sanad from already eliminated USAM Nimes Gard.

The playing times and ticket sales will be announced shortly.

Media accreditation for the EHF Finals Men and all final events of the 2021/22 club handball season, including the EHF FINAL4s in Budapest and Cologne, remain open with the deadline for the event in Lisbon closing on 18 May at 23:59 CEST.

MEDIA RELEASE: The hosts of the weekend that will see the winners of the EHF European League Men has been revealed

FACTS AND FIGURES: All you need to know from the quarter-finals and before the draw on Friday