10-minute surge is enough for Veszprém against Motor

Last week, HC Motor upset Telekom Veszprém HC in the EHF Champions League Men by playing super slowly and preventing the Hungarian side from finding their own rhythm in the game for 60 minutes.

On Thursday evening, Motor could only do it for 15 minutes until the hosts put their hands on the wheel and took control. A 10-minute period without conceding a goal was enough for Petar Nenadic and his teammates to create a seven-goal gap on their way to a 36:29 victory.

Veszprém – 10 perfect minutes and the points are in the bag

After 15 minutes, you would have been forgiven if you thought that Veszprém would end up in the same situation as the round 7 clash between the two teams.

Struggling to score, the Hungarian side trailed 8:7 and things did not look promising. But Motor then missed a beat or two, Rodrigo Corrales pulled out three key saves, and Petar Nenadic and Andreas Nilsson showed no mercy. From 8:9, the score turned to 16:9, and the two points were in the bag for the hosts. 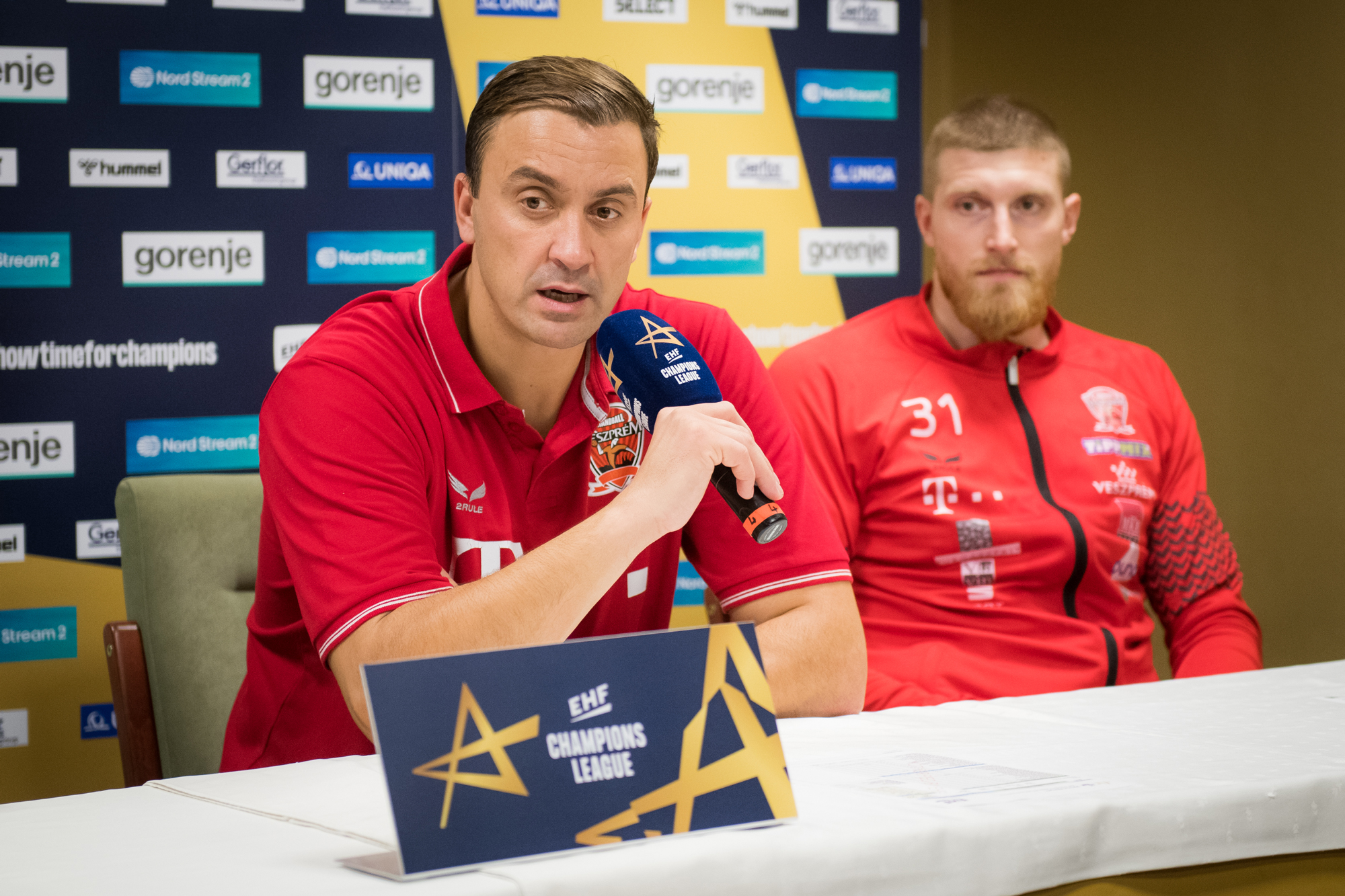 I’m satisfied with the victory and more or less happy with our performance. We were a completely different team than last week. We started the game very slow, it is a bit worrying, but then we could turn the game around.
Momir Ilic
Telekom Veszprém head coach 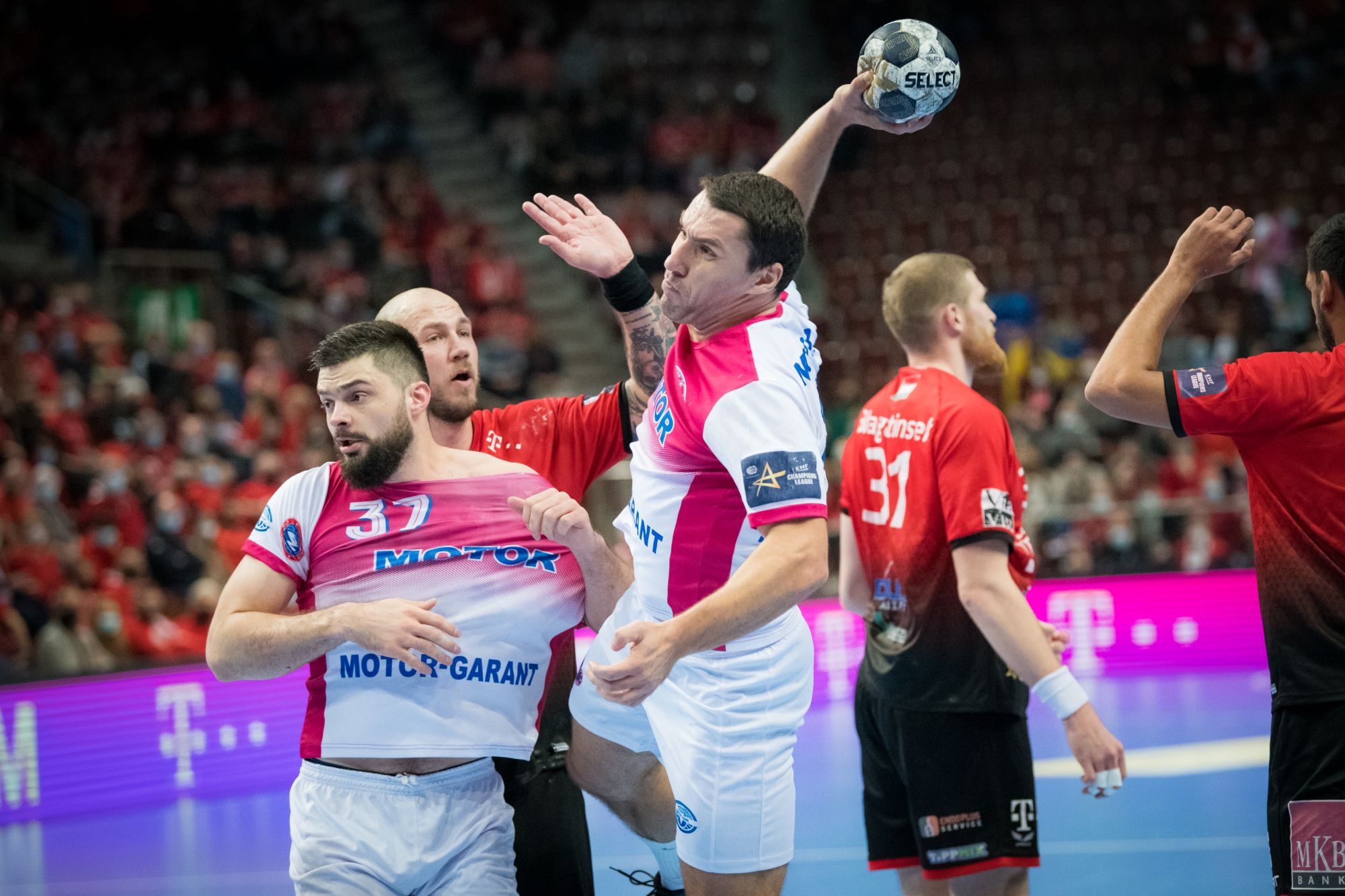 We knew it was going to be a hard game. There were a lot of fights one against one, and I think the coach was right. we started the game really well, but we missed a lot of shots from nine metres. This is why we lost tonight, even though we were fighting until the very end.
Barys Pukhouski
HC Motor centre back

Previous Article Save on EHF EURO tickets this Black Friday

Cologne calling: which four teams will make the cut?

QUARTER-FINAL PREVIEW: This week’s second-leg matches will decide the line-up for the EHF FINAL4 2022

QUARTER-FINAL REVIEW: Hungarian side underline their home strengths with a 36:29 win, half opening the door to EHF FINAL4

LIVE BLOG: Running coverage of the four matches in the first leg of the EHF Champions League Men 2021/22 quarter-finals

Dahmke sets his hopes in team spirit and a white wall

FEATURE: THW Kiel left wing aims to follow his girlfriend Stine Oftedal to the EHF FINAL4 but has a huge task ahead against Paris

Claar and Aalborg are ready for the challenge

FEATURE: Last season’s finalists try to overcome a seven-goal deficit in their quarter-final against Veszprém on Wednesday

FEATURE: Kielce keeper knows his side has to stay switched on to reach Cologne

NEWS: Voting for the EHF Champions League Women All-star Team is open, with 60 nominees including the two record holders

NEWS: The last quarter-final on Thursday night is the highlighted match before the competition heads into the EHF FINAL4 2022

Kielce finish strongly to take the upper hand on Montpellier

QUARTER-FINALS REVIEW: While the French overcame a bad start to come back into the game, Kielce finished better to take the win