The Sicilian town will host the event for the first time this summer and 29 teams will descend upon it in search of one of beach handball’s most illustrious titles.

16 teams will compete in the men’s competition, divided into four groups of four, based on last season’s EBT ranking.

One of the local teams C.u.s. Palermo will feature in group A, alongside one of the Spanish trio MOVEX GRANOLLERS and two of the most popular clubs on the circuit, 12 Monkeys Köln and Camelot Handball Tilburg.

Semi-finalists from last season’s Champions Cup, Hir-Sat BHC and Os Tigres will face off in group B, also featuring two clubs with potential and ambition in GRU JUKO Piotrków Trybunalski and TEAM TCHATCHEURS. 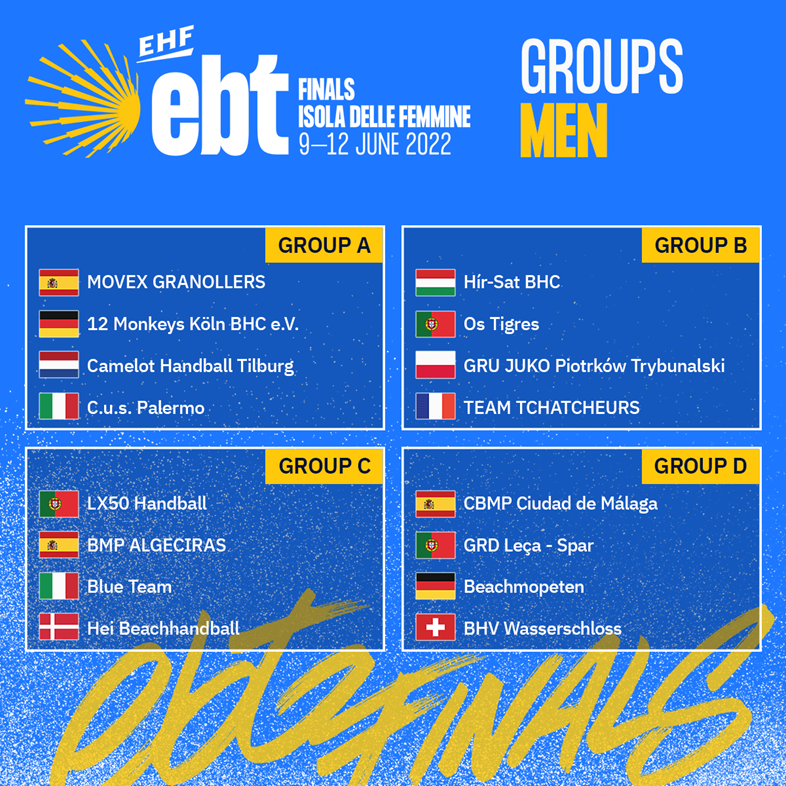 There are 13 contenders in the women’s competition, divided into three preliminary round groups.

GEA AM TEAM ALMERIA will begin their title defence in group B, facing perennial contenders Szentendrei, local side Handball Erice and a Dutch side which made their first splash on the tour last year, KRAS Volendam.

2021 Champions cup winners GRD Leça - Love Tiles will be the leading light in group C, while their opposition Standépitok Girls, CAIPIranhas and Blue Team will see this group as a chance to go deep into the competition. 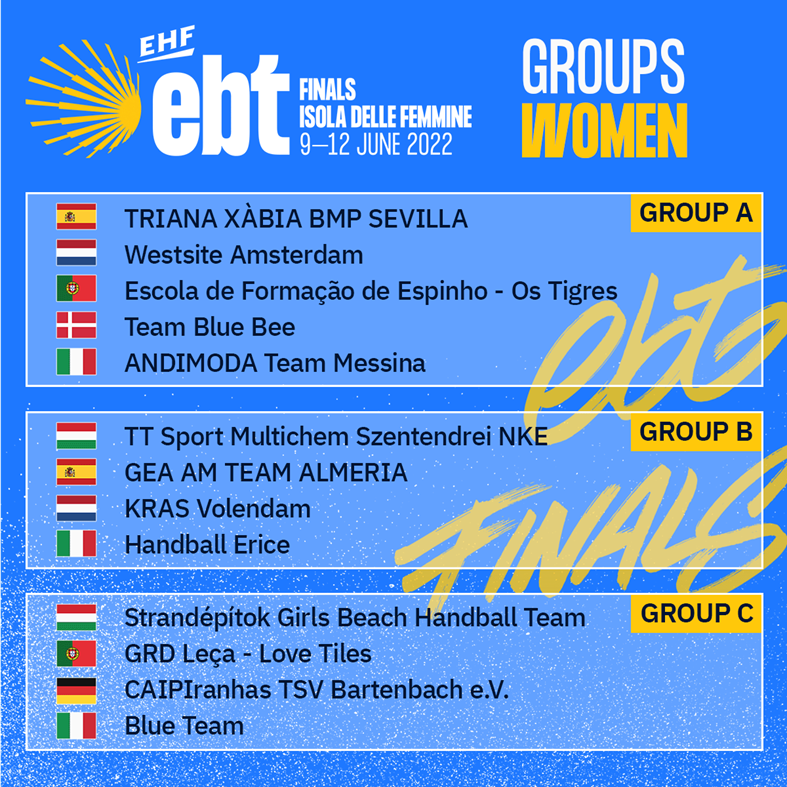 Next Article Haugsted hoping for green wave at EHF Finals

NEWS: Following the meeting of the Executive Committee of the European Handball Federation in Ljubljana Portugal has been awarded hosting ri…

NEWS: The EHF Executive Committee has taken some key decisions for the upcoming seasons at its meeting in Ljubljana

Trophies at ebt season opener go to Piotrków and Zagreb

NEWS: Federations are now invited to host the EHF Beach Handball EURO in May 2023