Skip to content Skip to navigation
My Profile Logout
Home of Handball
News
A game of averages: How the teams shape up for the EHF EURO 2022

A game of averages: How the teams shape up for the EHF EURO 2022

The EHF EURO is definitely a competition where history is written, where stories are delivered and instant classics are forged. But what about the numbers behind the competition, the average numbers that keep coaches awake at night, ready to be improved?

We have analysed both the historical data and the current rosters, to see if there are patterns at the EHF EURO that teams could follow and deliver their best performances in the tournament that will just start in two weeks’ time.

Goals are crucial in handball because the rules are simple and the team which scores the largest number of goals wins the game. But which team takes that title at the EHF EURO? Well, the answer is simple and you have to look no further than the powerhouse that has been dominating the tournament over the last two decades – Norway.

The Scandinavian side has scored 2,993 goals and, therefore, needs only seven goals to become the first team in history to hit the 3000-goal mark, with probably two other editions of the tournament needed for Denmark or Hungary (picture below) to reach that performance. 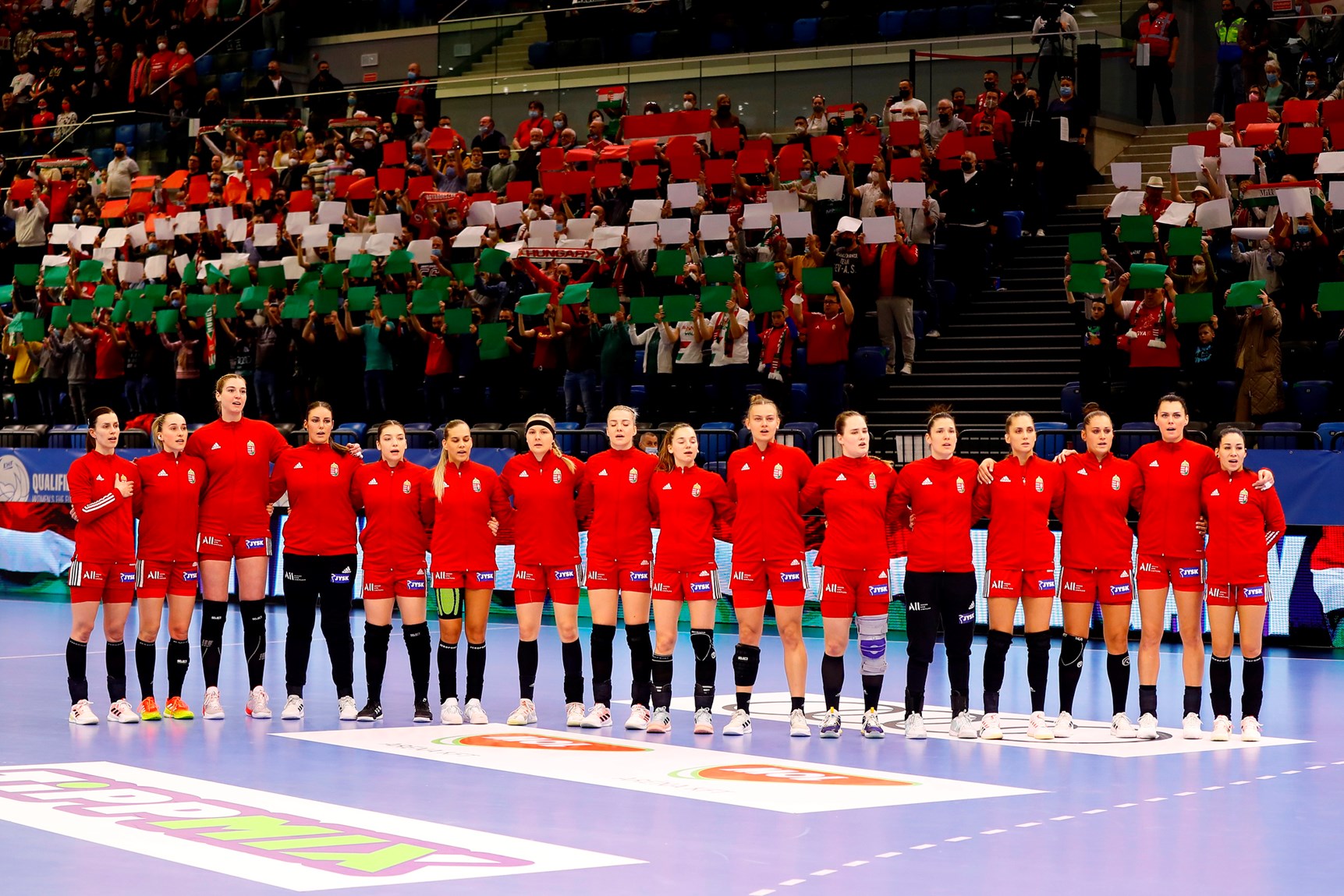 In fact, Norway’s average number of goals scored per match, 28.2, is clearly the largest in the competition by a huge margin, with Hungary and Russia following in the rankings, with an average of 26.5 goals and 26.4 goals per game respectively.

Surprisingly, though, only two Norway players rank in the top 10 of the all-time goal scorer list, with right wing Linn-Kristin Riegelhuth Koren being sixth, with 190 goals, while Nora Mørk, the only player to have won the top goal scorer award two times (in 2016 and 2020), is ninth with 169 goals.

What about the number of caps at the EHF EURO? Well, the record is held by France’s left wing, Siraba Dembele Pavlovic, with 54 matches played in the tournament, but the record will be broken by Norway’s goalkeeper, Katrine Lunde, who is only two games behind Dembele and will feature at the EHF EURO 2022.

Interestingly enough, Lunde will be the only player from the top 12 in the 'all-time EHF EURO matches played' that will take the court in this competition after teammate Camilla Herrem (pictured below) announced she is pregnant and will not play at the tournament. 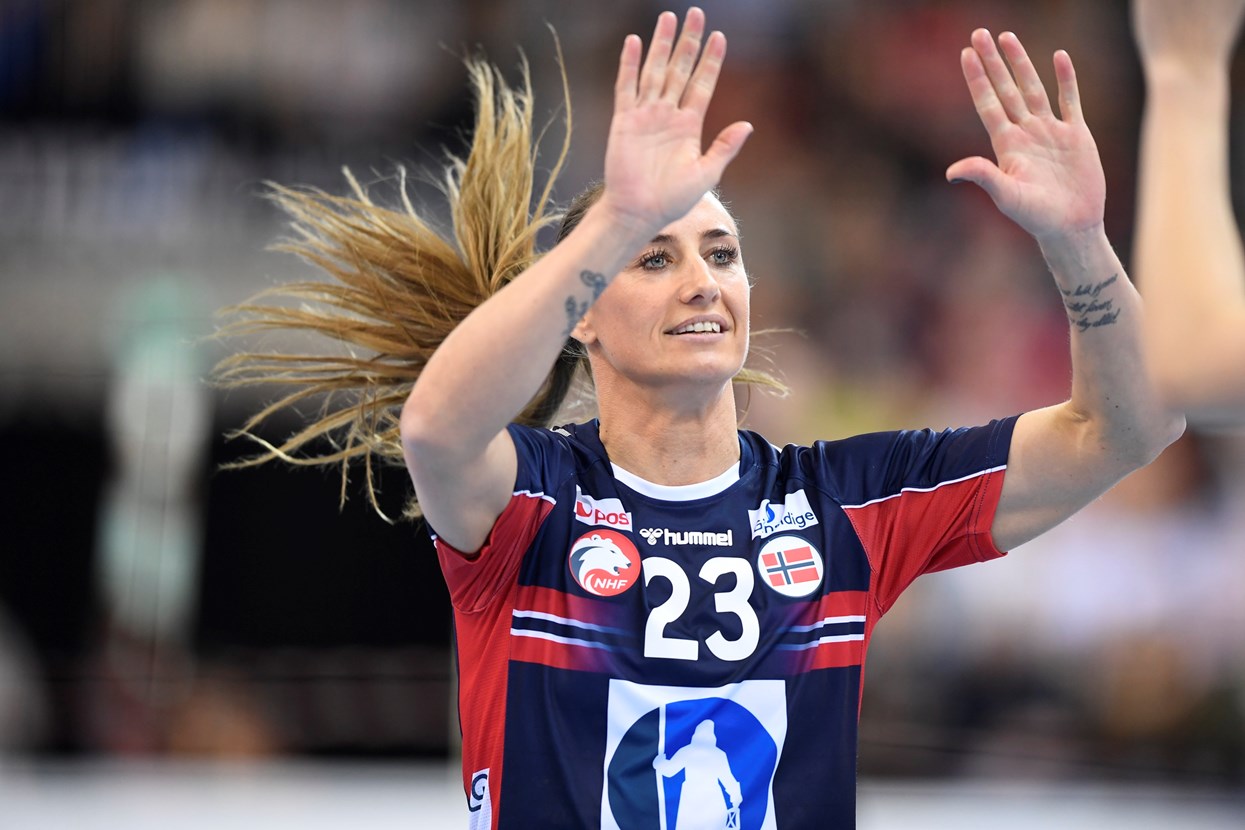 Norway are also the most experienced team in terms of caps at the EHF EURO 2022, despite missing key players like Veronica Kristiansen, Camilla Herrem, Sanna Solberg-Isaksen or Kari Dale, who all have played over 100 times for the national team, and therefore taking the average down.

However, the reigning champions have an average number of matches played for their national team of 77.5 per player, the largest at the EHF EURO 2022, just three matches more than Denmark, who have the same core called up by Jesper Jensen as in the past two main tournaments.

With Dembele Pavlovic being the player with the second-largest number of caps in France’s history and Amandine Leynaud retiring from international handball, “Les Bleus” are up at 66.3 caps per player, while the Netherlands are also close to the top, despite missing key players themselves, like Lois Abbingh and Tess Wester, as Per Johansson’s side is at an average of 68.9 caps per player.

Who are the most experienced teams?

With the Paris 2024 Olympic Games following in less than two years, many teams have been focusing their cycle on that competition, ushering new players into the squad for the last year. However, the average age per team is still maintained at a good level, with title challengers bringing players in their prime at the EHF EURO 2022.

The team with the largest amount of experience is Spain, who has an 18-player roster for the EHF EURO 2022 with an average age of 27.8 years old. They also have the most experienced player in the tournament, Silvia Navarro, with the 43-year-old goalkeeper featuring at the EHF EURO for the sixth time.

Just behind Spain, with an average age of 27.3 years old are Norway, who have also been calling up new players for the past matches, to make needed changes in the squad, after some players announced they wouldn't feature.

Denmark (26.5 years old), Sweden (26.4 years old) and the Netherlands (26.4 years old) are also experienced teams, while France are preparing for the Olympic Games they will be hosting in 2024 by ushering in new players, with their average age from the EHF EURO 2020 falling by more than a year to 26.2 years old.

Next Article Meet the new “Face of Beach Handball"

PREVIEW: Four teams will meet this weekend as the qualification process for the Men's EHF EURO 2026 in Denmark, Norway and Sweden begins

TEAM PRESENTATION #2: Cyprus are four years without a win in the EHF EURO Qualifiers, and are hoping to break that streak this weekend in Ba…

NEWS: The first EHF EURO on German soil will throw off with a bang with a world record attendance attempt taking place in a football arena