Skip to content Skip to navigation
My Profile Logout
Home of Handball
News
Cavalcanti: “Nantes have the quality to beat the best teams”

Cavalcanti: “Nantes have the quality to beat the best teams”

HBC Nantes underlined their ambitions in the Machineseeker EHF Champions League last week with a strong performance and a win in the Match of the Week against Aalborg Håndbold. Left back Alexandre Cavalcanti is looking forward to the reverse fixture in Nantes on Thursday.

Cavalcanti contributed six goals to Nantes’ 35:32 win over Aalborg in the Sparekassen Danmark Arena and was named Player of the Match.

However, the Portuguese international does not consider it one of his “best games ever in the Champions League,” but says it was a game that above all “was a pleasure to play”.

“It was against a team with very high-level players, in a full arena and with a crowd with a lot of handball culture, so I am happy for helping my team to win,” Cavalcanti says.

Eight days after the MOTW, both teams will face each other again when Nantes host Aalborg in the H Arena on Thursday (live on EHFTV at 20:45 CET).

“It is going to be another great battle, but this time we have the fans on our side,” Cavalcanti says. “We are going to play with a full house with one of the best crowds in Europe, so we want to give them an excellent show and if we can maintain our unbeaten record at home, even better.”

Nantes are currently ranked third with 10 points; two behind Lomza Industria Kielce and three behind leaders Barça. While the French side are in a good position to battle for a top-two finish and direct entry into the quarter-finals, this is not Nantes’ main focus.

“Our objective is to go to the next phase – if this happens in the first two places of the group, even better. But it is not something that we put as an objective,” says Cavalcanti, who joined Nantes from SL Benfica in 2019, a year after Nantes reached the EHF Champions League final.

“Our team has the quality to beat the best teams in the competition, as we have been demonstrating not only this year, but also in recent years playing in Europe,” says Cavalcanti, who keeps his feet firmly on the ground.

“We are aware of our potential but take one step at a time. At the moment our goal is to advance to the next phase of the competition in the best place we can get.” 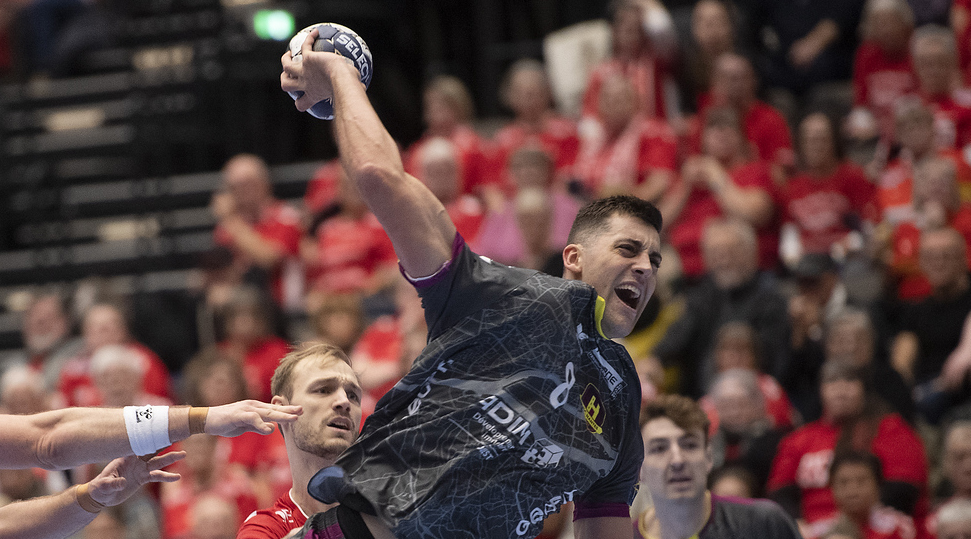 We are going to play with a full house with one of the best crowds in Europe, so we want to give them an excellent show and if we can maintain our unbeaten record at home, even better.
Alexandre Cavalcanti
HBC Nantes left back

The left back, who turns 26 next month, has grown a lot over the past seasons as a player in the French league.

“The French championship is very competitive; all the teams have a lot of quality. Playing like this for several years obviously helps me a lot to evolve my game level,” Cavalcanti says.

“I feel like I have evolved as a player since I have been here. The most important thing is to keep getting better every day.”

Next Article Szeged profit from strong first half

GROUP B REVIEW: Rapid remained unbeaten on their home court after clinching a clear 28:22 win over Kastamonu to stay in the hunt for a quart…