More than 11 years have gone by since Narcisa Lecusanu ended her illustrious handball career. The Romanian superstar retired in 2010 – and the former centre back has now written down her career story in a book, which underlines the challenges faced by a player throughout the career, both on and off the court.

The book, ‘My Life Story,’ was published in Romanian earlier in 2021 but has now been released in an English version, too. It documents Lecusanu’s otherworldly journey from growing up in a small Romanian town to becoming one of the best players Romanian handball has ever seen.

The 332-page book is a manifest for aspiring players to embrace the challenges they face, no matter how tough they are. It also offers superb insights from Lecusanu’s career, which spanned between 1993 and 2010 and saw her playing in four different countries – Romania, North Macedonia, Germany and Denmark.

“I have always liked to write a lot, many notes and reports, but when I was challenged to write my own life story and transform it into a book, I pushed back a little,” Lecusanu said.

“But as I was asked from time to time to do it, I knew that if I could inspire at least one person, at least one kid playing handball, it would all be worth it.”

Lecusanu’s upward trajectory for the Romania women’s national team has also been documented in her biography. The author peppers the story with a personal view of the facts, as the day-to-day activities in a handball team and the relationship between players are also analysed throughout the story.

Truly impressive is Lecusanu’s commitment and desire to improve both as a player and as a person, after humble beginnings.

The final part of the book sheds light on Lecusanu’s life after her playing career ended in 2010, standing both in the Women’s Handball Board of the European Handball Federation as well as serving two terms in the Executive Committee of the International Handball Federation. 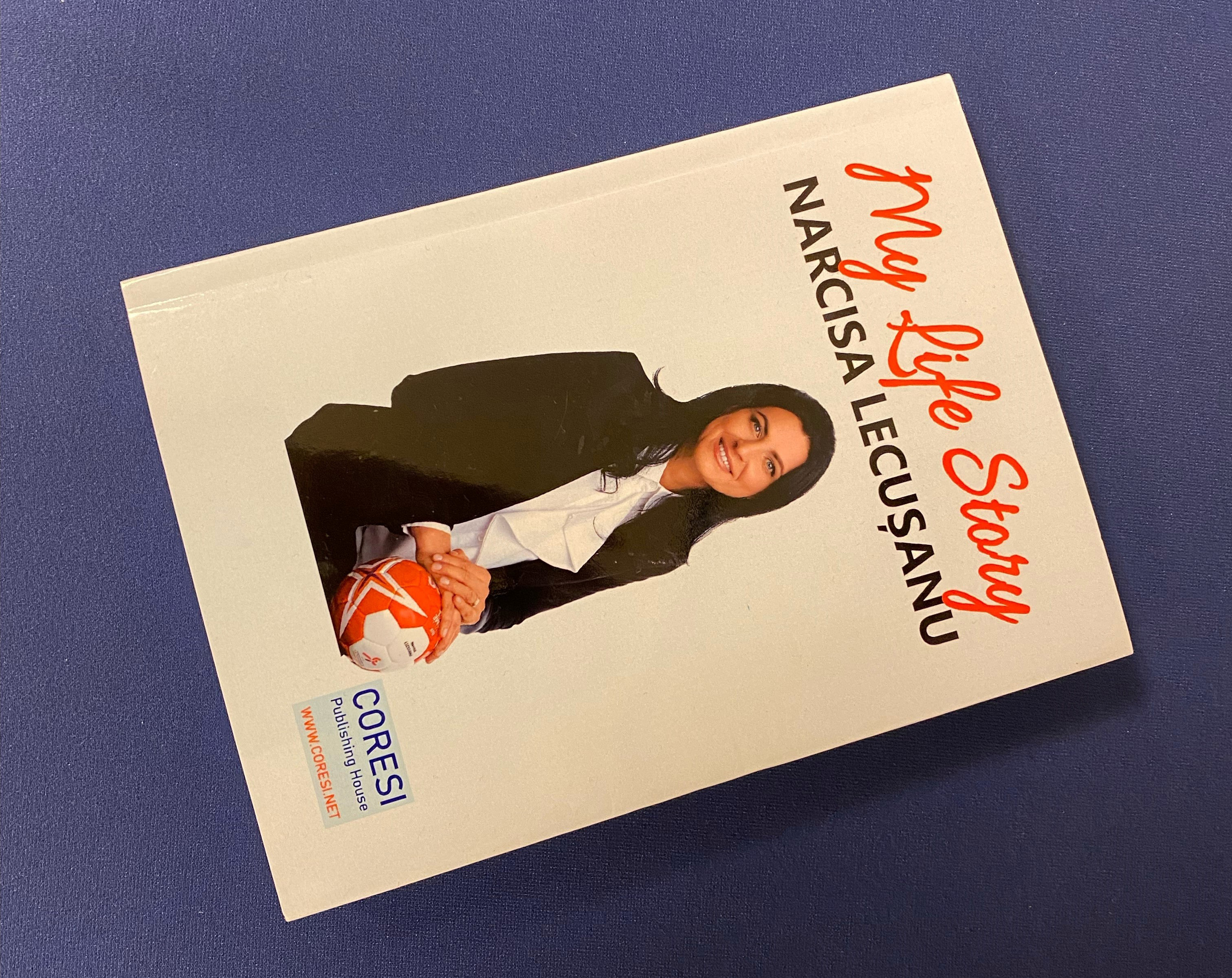 I was asked from time to time to write a book. I knew that if I could inspire at least one person, at least one kid playing handball, it would all be worth it.
Narcisa Lecusanu
Former Romania centre back, author of 'My Life Story'

“It is not necessarily about me, it is about a journey and how everything we feel, everything that happens to us, helps us develop as persons,” the former Romanian international said.

“Writing this book brought me a lot of joy, because it reminded me of who I am and, especially, about amazing moments from the past.”

As the book started taking shape in 2019, Lecusanu took almost two years to complete it. She toured Romania in the summer to promote it, before the English translation was released near the end of the year.

EHF President Michael Wiederer called the star player’s career and life an inspiring example for others.

“Narcisa Lecusanu stands for personal development and success through sport,” Wiederer said. “To experience the transformation of Narcisa Lecusanu through her eyes is an opportunity for those wanting to stoke the fires of ambition.”

Next Article Spain rely on experience as teams announce their rosters

OBITUARY: Swedish handball legend Bengt Johansson has passed away at age 79 on Sunday

Wiederer: "This year is special for the EHF FINAL4s"

INTERVIEW: EHF President Michael Wiederer on the club competitions in the 2021/22 season

NEWS: As of 1 July 2022 players’ agents shall only be remunerated by the authorising party

HappyLeague children more than happy at MOTW in Aalborg

The third decade of the European Handball Federation: Leading roles for Jean Brihault and Michael Wiederer; new technologies are implemented…