TBV Lemgo Lippe secured a 30:27 home victory against Chekhovskie medvedi in group B of the EHF European League Men, but it was not an easy task as the Russian side once again proved that they are no pushovers this season.

After Lemgo enjoyed a 30:28 win in Russia two weeks ago, they had to fight just as hard in Germany to earn their fourth victory in group B. Thanks to the unstoppable Lukas Zerbe and his 10 goals, Lemgo were able to celebrate with their fans.

TBV Lemgo Lippe (GER) vs Chekhovskie medvedi (RUS) 30:27 (16:16)
• Lemgo earned two new points to move closer to the knock-out stage, but while Chekov put up a good fight they remain on zero points.
• the hosts made a good start to lead 3:1, after 10 minutes of the match Chekov were level and it remained that way until the break
• In the second half Russian team tried to catch up with Lemgo, who managed to secure the win in the last five minutes of the match
• Bjarki Mar Elisson and Lukas Zerbe scored 10 out of 16 Lemgo goals in the first half, and finished with 17 goals out of 30
• Aleksandr Ermakov, Kiril Kotova and Nikita Kamenev led the Russian side with five goals

Tim Suton coming up with the goods on a day @tbvlemgolippe's back court is struggling! #ehfel pic.twitter.com/E5KEuq8ZaD

Tonight's win wouldn’t be possible without an outstanding performance from two wing players, the 25-year old right-wing Lukas Zerbe had a night to remember. He was a mystery to Chekov defence and netted 10 times.

After five matches this season he scored 37 goals. On the other side, his Icelandic teammate scored seven times from left-wing. Bjarki Mar Elisson proved that his experience is crucial for Lemgo. 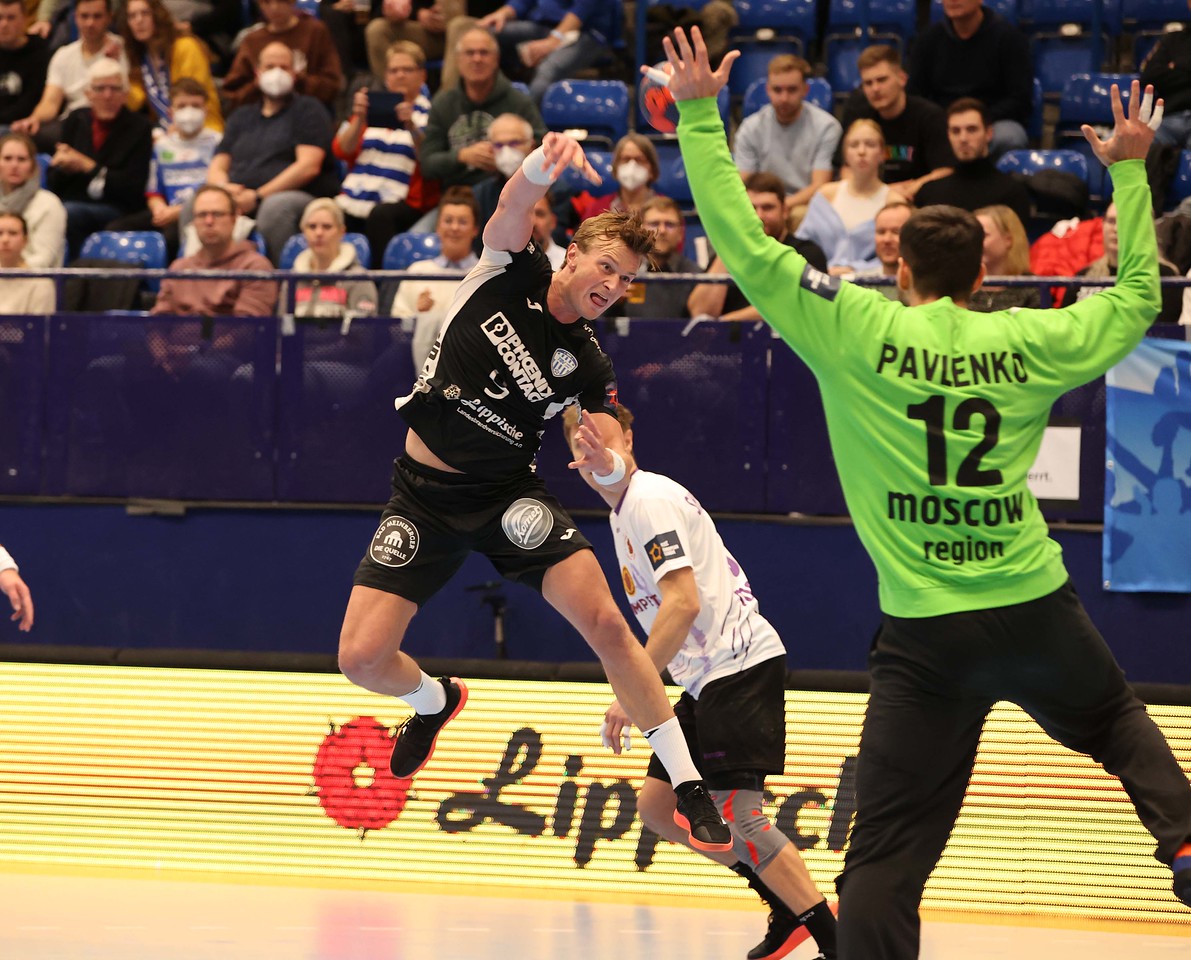 We knew that this match would be difficult, with Medvedi we had a physically strong opponent. We were not so fresh after the straining last week. When we switched our defense from 6:0 to 5:1 Medvedi had more problems. Overall, it was a good performance from my team.
Florian Kehrmann
Head Coach TBV

TALKING PIONTS: What we will remember of the EHF European League Men 2021/22 after Benfica lifted the trophy