Slovenia aim to take advantage of their home court

Slovenia are one of three hosts of the EHF EURO 2022, and they have preliminary round matches in Ljubljana and Celje with main round and final weekend matches continuing in Ljubljana. They want to achieve their best result on home court, that's why two years before the competition a new head coach took over the reigns. The Montenegrin expert, who climbed to the top with Montenegro in 2012, Dragan Adzic, had a mission of building a new, stronger Slovenia for this special event.

Three questions ahead of the Women's EHF EURO 2022:

The last time Slovenia played more than three matches at the EHF EURO was back in 2004. Slovenia then achieved their to-date best EHF EURO result by finishing fourth. It is no wonder that a main round spot is the first goal for Slovenia while also dreaming of going even step further and writing history.

''Our group is challenging, every opponent has huge quality. It is well known there are no easy games at the EHF EURO. My players and I are aware of it, but also we know we can play against anyone. We are the hosts and we are looking forward to the start of the competition'', says head coach Dragan Adzic.

Slovenia's goals are clear but it will not be easy, despite playing on home court in Celje. Group B will see them playing against two strong Scandinavian teams, Denmark and Sweden. The last match of the group will have a more special touch to it. Closing their performances in Celje - with eyes on the spot in Ljubljana - Slovenia will have to face Serbia and their former head coach Uros Bregar.

Bregar spent six years at the Slovenian helm and knows the players very well. It will be an additional challenge to Adzic. With a mixture of superstars, experienced leaders, promising youth and his way of understanding handball, what a treat for Slovenian fans in Zlatorog Arena. With the complete squad, injury-free Slovenia can reach its desired goal and take on the new best rank at the EHF EURO.

Dragan Adzic took over the team in April 2021 with two main tasks: qualify for the World Championship 2021 and prepare the team for the long-term project known as EHF EURO 2022. Since taking over, Adzic put himself into building a stronger team and taking over Krim Mercator a year later does additionally help the cause, as many of the key players are progressing under his eyes daily. 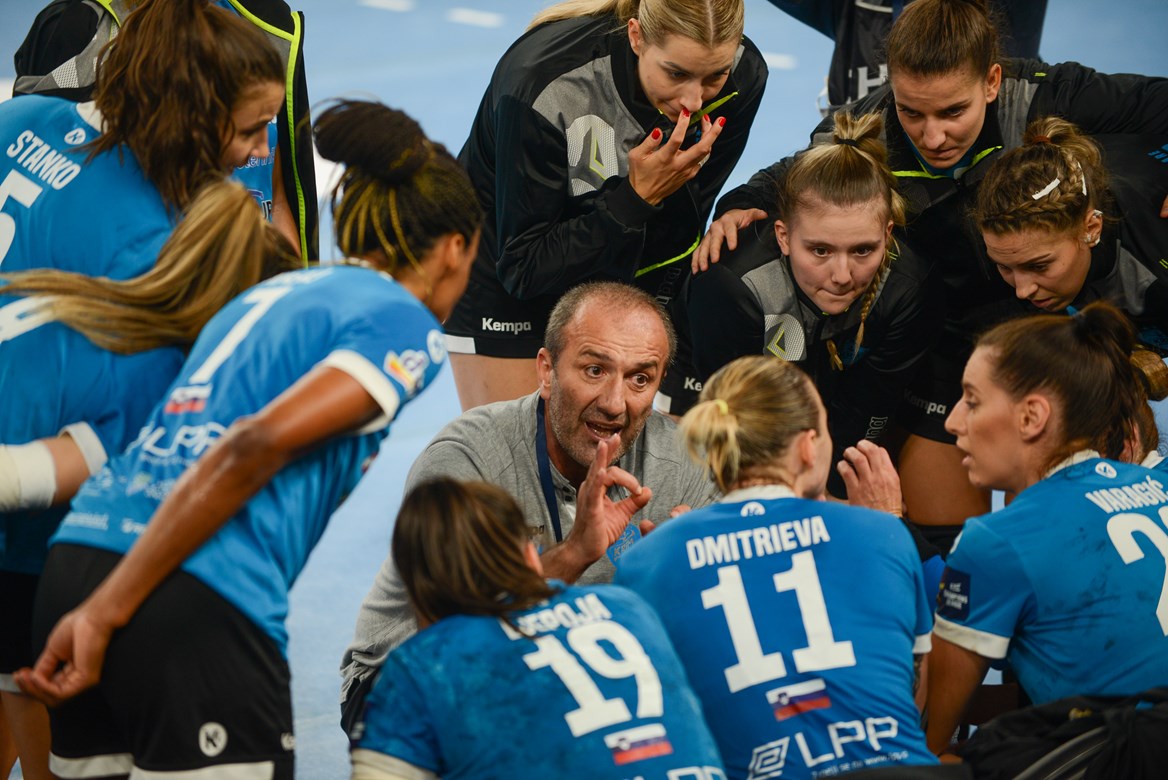 A year and a half later, Slovenia have clear goals, known positions in the team and progressed in three segments, which were important for Adzic.

''When I took over Slovenia, we had three things in focus: physical fitness, building character and defence strengthening. The last analysis showed we made big progress in all three. We are counting down to the EHF EURO and I believe we will grow as a team'', says Adzic.

Alongside one of the world’s great players Ana Gros who is the main engine of the team, Slovenia has a couple more aces up in their sleeves. Left-back Tjasa Stanko continues to prove her talent. The best Young Player in the Champions League 2017/18 kept progressing and the combination of her and Gros in the back-court does the magic. After a long-awaited debut at the EHF EURO 2020, Elizabeth Omorogie has proven to be a key link in centre back. The back-court is Slovenia's strength and the opponents will have a hard time stopping them.

The player with the biggest heart: Ana Gros

Team captain with a lethal back-court shot in one of the key links in Slovenia's team. Star player of Györi Audi ETO KC has been leading the team at the last three EHF EUROs and is currently Slovenia's second top scorer in the competition, with a tally of 65. She is nine goals away from taking over first place from Tatjana Oder who scored 73 times in her national team caps that lasted until 2006. Not only her on-court actions are important also her off-the-court leadership and positive attitude. It is no surprise she has been the number one name getting attention recently. 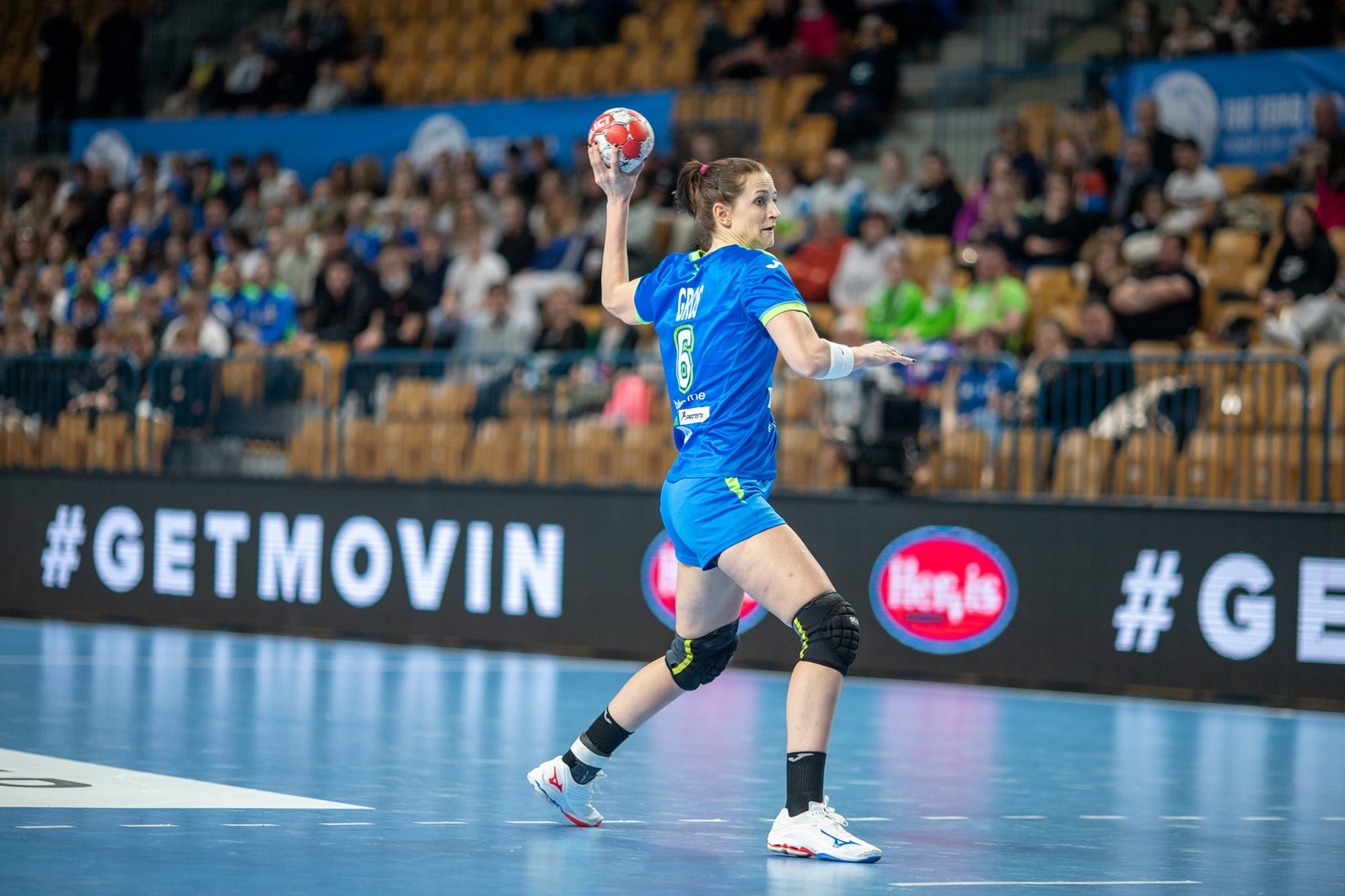 The year 2016 marked Slovenia's return to the EHF EURO. After six years of absence, following two consecutive last-place finishes, Slovenia returned to the European competition and performed two preliminary round shocks. In 2016 they beat Sweden, while two years later they surprised Russia. Finishing last at the 2020 edition, maybe the 2022 edition is yet again a tournament for big shocks.

What the numbers say?

10 - The Montenegrin expert coach, Dragan Adzic, is Slovenia's 10th head coach since 1992. In April 2021 he took over the helm after Uros Bregar left the position he held for six years. Not being able to qualify for the main round in three consecutive EHF EURO tournaments and with worst ever-rank at the World Championship, Slovenia decided to change things ahead of the important EHF EURO on the home court. Number 10 is all around Adzic this time. As the 10th coach, he is leading this team on the 10th anniversary of winning the EHF EURO 2012 with Montenegro.

PREVIEW: Four teams will meet this weekend as the qualification process for the Men's EHF EURO 2026 in Denmark, Norway and Sweden begins

TEAM PRESENTATION #2: Cyprus are four years without a win in the EHF EURO Qualifiers, and are hoping to break that streak this weekend in Ba…

NEWS: The first EHF EURO on German soil will throw off with a bang with a world record attendance attempt taking place in a football arena